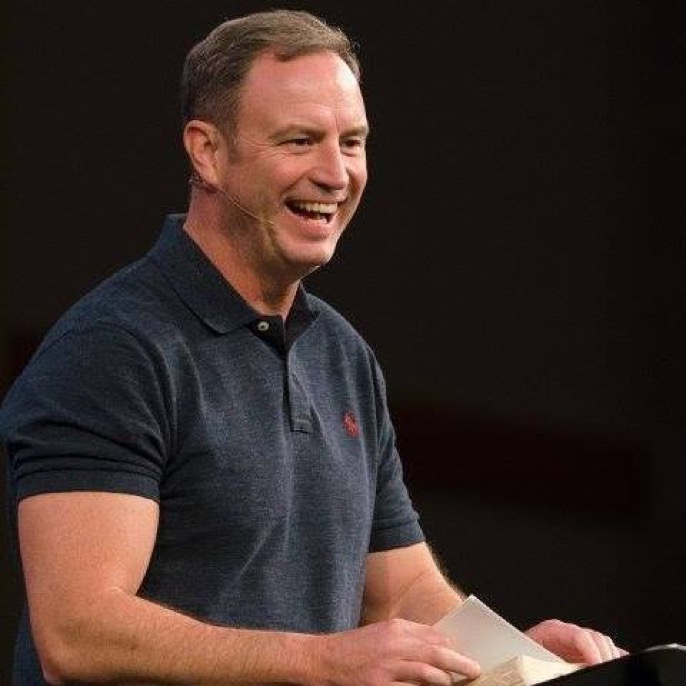 Anthony Delaney speaks to Simon Barrington about transformational leadership, the difference between addition and multiplication and how the small decisions we make every day add up to significant transformation.

At age 19, Anthony’s first exposure to the difference that leaders make was as a police officer in the Manchester Police. He was deployed in the miners strike where hundreds of striking miners attacked a small group of officers. Inspector Hughes was, to Anthony, previously just someone who arranged the paperwork. Anthony explains “He led the twelve of us to face up to the miners for half an hour until reinforcements. He went to the problem and tried to make rapport. At the time I was too scared to be analysing it. But the moment made the leader and I thought that if one day I could be a leader like that that would be worth aspiring to”

When Anthony became a Christian, he soon realised he was here to make a difference He got involved in The Message, in a local school and was mentored by a friend, Tony,  who for a year discipled him and taught him how to do the disciplines, giving your day to God, getting into Scripture. Anthony says ” I began to understand that the Bible is an incredible leadership text book. There is such wisdom in there. All great leadership comes out of the Bible”

Anthony believes that leadership is influence.  Authority and office work when arresting a criminal but apart from that if you are trying to encourage people to engage voluntarily then you have to work with people to bring out the best in them. He realised that some of his previous tactics had to change and that he needed to learn to influence up, influence sideways and influence down. Leadership is so much about working with people. Not just about getting a product made – but bringing out the gifts in people in a way that brings out the God given gifts in them and enables them to volunteer their best.

When Anthony went to theological college he wasn’t taught about leadership. So much was about picking apart the Bible rather than how we take this living word and show its relevance in our time. The people who were teaching weren’t leaders they were teachers and you cant impart something that you haven’t got. The system was terrible at turning out people in their image – people of a magnolia colour who blend into the background – who try and keep everybody happy – which is impossible.

Transformational leadership is leadership to change things. Realising what’s wrong and then looking at whats right and then looking at the gap. God does that with us. It’s a transformation that is never going to be complete but he works with us. Anthony now teaches Church leaders and others how to lead by bringing out examples from OT characters – God turned their weaknesses into strengths and added His strength. He believes that he will always be going back to scripture to learn about leadership.

Anthony is a veracious leader of business material –  but is always thinking “you think this is new, but so much ties in with what God has said already in Scripture.”

He believes that the biggest leadership challenge faced by the Church today is that we get what we aim at and what our daily practices produce in us.

Anthony likes to go to the gym regularly and uses a machine that gives you a print out of how well his body is. Two years ago it wasn’t a pretty picture. The nurse ticked the box “overweight” at a regular checkup and he disputed this by saying – “no I’m muscular”, but the Nurse replied “no, you are overweight”. So he decided to go to the  gym and made some changes to his life. “Dreams and prayer won’t do it – I needed to stop some things and start doing things. I decided to stop drinking alcohol. I made a Decision. Decisions determine our destiny. I got serious about how much I can bench press. I changed my programme to one that would get me fitter. The difference in daily disciplines produced real results. I retained the muscles and lost the fat. I was 36 on the inside and 52 on the outside”. There are some things that you need to be active in doing something about or you are going to get the same results.

Some things need to die in order that we can have sustainable reproduction and growth in the future. It takes boldness and courage. It’s often that we know what we need to do but we are afraid to do it.

We need to create disciples of Jesus Christ who are radically sold out and teach them how they can then make disciples themselves. This is not about making Church better so that people are added. If we are all in the same boat then we are just moving the hole in the boat from my end of the boat to your end of the boat. We do this one at a time, groups at a time, by invitiation, by networks at a time, by believing in people, encouraging them. We need to believe in people. To tell them “You can do this. I believe in you and I will help”

The trouble is that if you are in subtraction and you are losing people and resources you think “We need to start to add”. Anthony explains “I could show someone how to grow their Church next week. You just sell a load of stuff, get J John and Martin Smith and you put on the best show in town. But you would just be adding a group of consumers to watch your show. It might be all about Jesus, but they are still consumers”

As Neil Cole says “No matter how often you press the + button you never get multiply”.

At Ivy, before he preaches, he asks people “what’s God been saying to you this week,  what has God said to you this week as you have read the Bible and what are you going to do about it”.

Anthony believes that God speaks to everybody and He pre-eminently speaks through the Bible and calls forth action and that Churches need to embed this in their culture. Ivy Churches are not just going to be a place people come and listen. Anthony says “I love preaching but I am more happy when someone says they have heard something that God has spoken”.

Finally Simon asked Anthony about the terrible terrorist attack in Manchester earlier this year to which Ivy responded. What did they learn about leadership ?

Anthony explains “It was a terrible attack. I asked myself what do I do ?. I thought that the best thing we could do was pray. People could come and pray. But they didn’t. Local people didn’t come. Those days are maybe gone. They were creating their own shrines and having a transcendent moment in their own way, but not in Churches. So I asked myself again ‘What do we do’ ? The next day I remembered I had been in Euston and seen a guy with a sign saying ‘Give me a hug’. So I did. It was a spiritual thing. A picture came to mind and I thought I should go and just offer to hug people. My wife said – ‘Don’t do that’. But I kept wondering about it. I went to Gym. I saw two Muslim guys at the Gym and said to them ‘Excuse me are you Muslims ?”. They stiffened up and said yes. And I said ‘good’ because it’s Hug a Muslim day. They said thank you , you don’t know what this means to me. Then evening prayer was coming up, so I walked up to Mosque with my own sign which said ‘Same Street, Same City, Same grief. I lead a Church down the street’. I started hugging people. They invited me in and I spoke to them. That Sunday we ramped up security at Ivy. I told people that if anyone turns up, just be aware. Well, a whole bunch of Muslim people turned up with a great big cake that they had made and they sat through the service. One of leaders came up and said ‘you came to us in our time of need, and that will never be forgotten’. We will stand alongside them. Love wins – we are meant to demonstrate it in deed and word.

By big advice is : Listen to the next thing God told you. I felt God said “do this”. It’s all about daily disciplines and daily actions.

Will exiting lockdown be plain sailing, full of excitement at seeing and hugging loved ones and getting back into the office ? Or are there future shocks ahead that we need to be prepared for?

For the fourth year running, we are partnering with Keswick Ministries to run the extremely popular and highly regarded Influential Leadership Workshop back in the beautiful Lake District from 20th to 24th September 202

How to ace your leadership in this season

In this video, Simon Barrington unpacks how to ace your leadership at this time

Online Workshop : Planning in a time of crisis

How to plan in a time of crisis – join an online workshop to find out.

How can we develop strategy in a time of crisis

In this video, Simon Barrington unpacks how to develop strategy in the midst of the Coronavirus

In this video, Simon Barrington unpacks a helpful framework for leaders to use as they look to the next 18 months following the Corona Virus.

There are three strategic questions that every leader needs to be asking as we enter the 3rd week of lockdown during the Corona Virus crisis.

For the third year running, we are partnering with Keswick Ministries to run the extremely popular and highly regarded Influential Leadership Workshop in the beautiful Lake District from 18th to 22nd May 2020.

The future-proofing Leadership Masterclass is a one-day training experience that will enable you to prepare yourself for greater leadership influence.